Hitting the “Baby Lottery”: How an Infertility Journey Brought Denise Steele to the Surrogacy Escrow Industry 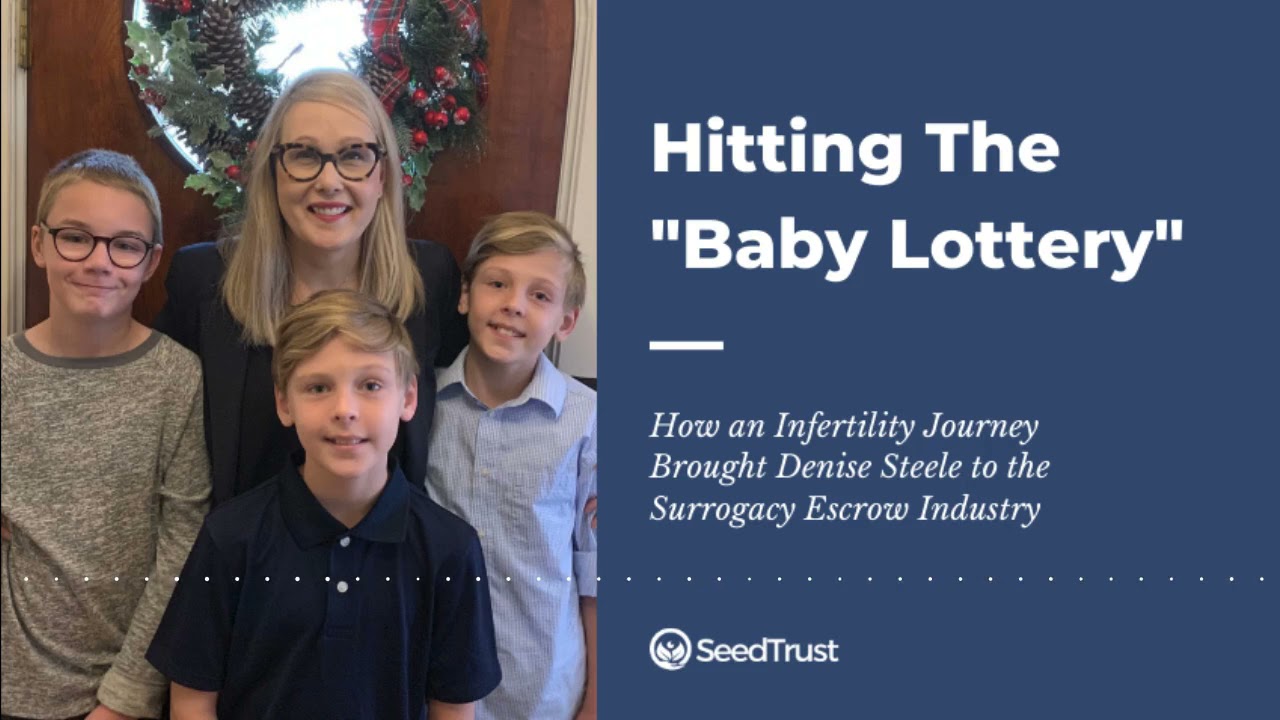 When Denise Steele was told she would not be able to have her own biological children, she never imagined she’d end up the mother to THREE baby boys within one year! In a recent episode of the Family Source Surrogacy Podcast, Denise shared how her personal experience with infertility led her to the surrogacy escrow industry and helped her develop a passion for educating Intended Parents, Surrogates, and Egg Donors about the benefits of using a third-party escrow provider.

My name’s Denise Steele. I’ve lived in and around Chicago for 25 years.  I have three boys who came to me, one through adoption and two through third-party.

In 2007, I learned that I would not be able to have my own biological children.  There were three reasons for that.

First, my egg quality was very poor, even at the age of 37.

I also suffered from Asherman’s Syndrome because we had gone through a couple of losses, pretty significant. In our first pregnancy, the fetus was Triploidy and didn’t survive. Then I had a very traumatic miscarriage.  As a result, I had Asherman’s Syndrome. So I had to go through surgery to correct that.

I also had thrombophilia, which I never knew I had before.

So, after experiencing those losses and having surgery to correct the Asherman’s, we attempted IVF. All three of the embryos that were created had massive chromosomal abnormalities. That confirmed that I would not be able to have my own biological children.

At that point, my former husband and I decided to pursue private domestic adoption and third-party fertility treatments. And both the paths worked so well that we ended up having three baby boys in one year! We definitely hit the baby lottery!

Our story was very interesting because we worked with an egg donor, a fresh egg donor, who only created one single egg from her retrieval, which is very rare. Normally, because of her age and some of the other information that we had, we thought that she would cycle and have a lot more eggs available to create embryos. And then she did not.

We had just brought home our newborn baby, who was adopted domestically, and we just thought that it was going to be a failure. This was when they still did three-day transfers, and we got the call the next day that said, “Well, it fertilized. So come in, we’ll do the transfer.”

We really didn’t even know what that meant because I wasn’t in the industry at the time. So I just thought, “okay, whatever.” So we went in not being very hopeful.

It’s not an air bubble

On the first ultrasound, it was confirmed that we were pregnant with identical babies. And interestingly enough, I’m an identical twin myself!

It was quite a shock, and frankly, I didn’t really believe it. I thought that the doctor was pulling my leg and pointing to the two white dots. I just said, “One of those is an air bubble and it will not be there the next time you come in.”  They said, “It does not look like an air bubble to me.” And it wasn’t… it was Trevor.

So, for four days, every year, they’re all the same age. So we always celebrate their birthdays together, and it’s a lot of fun, and we feel very fortunate to be parents of three growing boys.

Being somebody who has gone through losses (I’m sure that many people can relate to this) that it’s a very precarious thing to go through third-party because there are no assurances, there are no guarantees.

And so it’s very scary, and it’s daunting, and it’s risky because you don’t know what the outcome is going to be.  That makes that journey all that much more stressful and worrisome. We feel very glad that we came out with healthy babies in the end.

That’s one reason I moved over into this industry — to try to help educate intended parents and the people who are working with them that are also making a huge commitment, the egg donors and the surrogates as well.

We have received several inquiries about whether SeedTrust initiated or endorsed the State of California’s proposed amendment to the Escrow law, which is currently set [...]
Read More

Helping another family have a baby through surrogacy is an amazing act of kindness and generosity. While there is a great deal of altruism involved[...]
Read More

As an intended parent, your journey can often be overwhelming and exhausting. But one part of your journey that doesn’t have to be complicated is[...]
Read More

This website, and the information provided in it, does not act as a substitute for legal advice or legal counsel. Seed Trust is an independent escrow agent that DOES NOT represent the Intended Parent(s), Egg Donor(s) or Surrogates. Seed Trust strongly urges anyone considering third-party or collaborative reproduction to consult a Reproductive Rights Attorney in their respective State or Jurisdiction before taking any action regarding surrogacy, egg donation or other third-party or collaborative reproduction options.